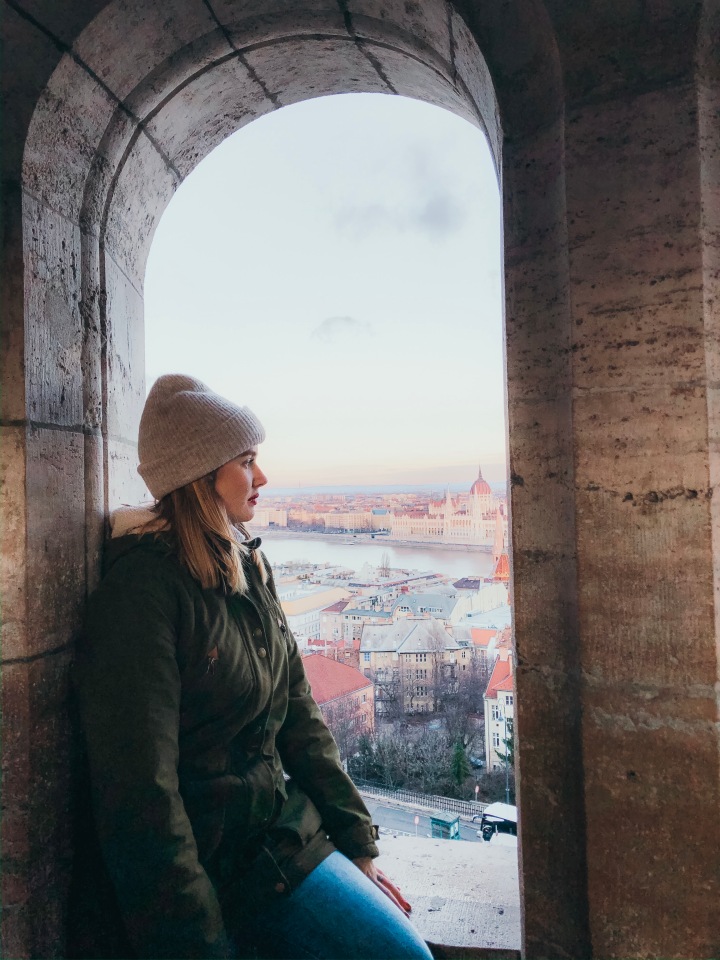 Can I have a moment of honesty with you?

I hate talking about my chronic illness. It frustrates me to openly talk about how hard having a chronic illness is (for many different reasons). However, I am continually learning how important it is to talk about our struggles.

When we don’t, we not only isolate ourself in our struggle, but we don’t give room for others to love us properly. When we we gloss over our struggles, we don’t share the important lessons that we have learned – lessons that could help someone else.

January was hard. I had a lot of health issues pop up. In fact, my health was probably the worst it has ever been, and I had some strange new symptoms develop. Having a chronic illness is already difficult, but dealing with it while living abroad while having new problems and symptoms manifesting, is a whole new challenge.

Before we came to Germany, when we were trying to decide if we should move, I told myself that my health shouldn’t be a deciding factor in if we move or not. I would either be sick at home or sick in Germany; no matter where we were I would probably be dealing with health issues.

I didn’t want it to be a reason we didn’t go. But I could have never anticipated how hard it would be without doctors who spoke proficient english, no car, no support system, and without a doctor who understands my chronic illness.

Having a chronic illness, no matter where I am, is a constant cycle of being healthy and then having flare-ups: I never know when, how long, or how bad a flare-up will be. It’s unpredictable. It’s an emotional and physical roller coaster. It’s hard to know what the next day will be like – health or sickness.

Not many people understand what it is like to live with chronic illness. It is an impossible thing to fully wrap your head around, unless you have lived it. Even Wayde (who is amazingly understanding, helpful, and supportive) has difficulty fully grasping what it is like, and he sees me deal with it every day.

Truthfully, not having people understand it can be an isolating feeling.

There are usually no visible signs of what is going on in your body; many chronic illnesses (POTs included) are labelled as invisible disabilities. When people can’t see your disability they tend to pin your behaviour on laziness, lack of commitment, or that you don’t value them or their time.

I continually feel like I am exhausting myself trying to explain my illness to people who don’t think it’s actually “that big of a deal”.

Until I experienced it for myself, I did not understand how complex and strong the systemic undercurrents of ableism are in our society. Even if you do not consciously think you are ableist, you might be. I didn’t think I was, until I had a body that didn’t work and hated myself for it.

I then started to realize that many behaviours I have now, due to my my illness, are things that I used to be anywhere from annoyed to angry with in other people. I thought they weren’t trying or were being lazy.

I vividly remember in university when a member in a group project I was in apologized to me for not doing very much on the project. She told me she had recently been diagnosed with fibromyalgia. I felt sympathy for her, but to an extent was annoyed. I thought she should just try harder – I had a lot of things going on in my life too.

I didn’t truly understand what fibromyalgia was, or how it affected someone.

I now realize how little understanding and compassion I had, and I realize that other people think the same way as I once did toward the girl in my group project, but towards me.

There is a subconscious valuing of an able body as more worthy than a disabled one.  Only after having a chronic illness for years is this something that I am finally beginning to be able to deconstruct.

I struggled for I long time to find value in myself when I developed my chronic illness. I hated myself and my body because I felt less valuable. I hated that I couldn’t simply “push through” or “try harder” to succeed anymore. I hated having to constantly see pity, confusion, or even indifference in peoples faces when I tried to explain my chronic illness.

I now continually have to tell myself that I am not lesser simply because my body does not work as well as others, or as well as it did before.

I often feel, especially when in a flare-up, that I am less valuable than I was when I was healthy.  I lived the majority of my life hearing the rhetoric that you have to push through, you have to just toughen up and do it, it’s mind over matter, you are in control of your own success, etc.

I feel that if I am not being a productive, successful person, then I am less valuable. If I am not “pushing through” then I am weak, a failure.

Thankfully, I now know that I am still just as valuable and worthy, even though I am chronically ill. But, truthfully, it is still something I still struggle to believe when I am having a bad flare-up.

I hate being chronically ill, but I have learned a lot of hard, important, beautiful lessons through my journey with chronic illness. One of the biggest is that my worth does not depend on my productivity, nor on what others think about me from the outside.

Which, to some may seem obvious. But having the knowledge that you are valuable despite your productivity is different than actually having to live, and purposefully walk, in that truth regularly when you can’t be productive.

No matter if you have a physical or mental illness that people can’t see and don’t understand, know that you are worthy despite your productivity, or what they think. You are strong because you are trying; and sometimes, trying is simply getting out of bed, other times, it is staying in bed because that is what your body needs.

I realize now, looking back, that many of my actions or works of “productivity” before I had POTs were done out of a vain desire to look busy, to appear as if I had my life together. They were empty. They did not come out of a place of fruitfulness or worship.

I no longer have the energy for empty acts of vanity. I now have to be very intentional with where and what I put my energy towards.  I have to lean heavily on God’s strength to do many things, especially when in a flare.

It is still a struggle to remind myself that, just because I don’t have the life or ability I used to, I am still valuable. But it has shown me that even if I did have the life and ability I used to, I still could never be enough. We are all striving to be worthy, constantly.  But that is something that is only accomplished through the grace of God.

I am thankful that despite how awful having chronic illness is; despite having days and weeks where I can do nothing but lay in bed and cry; despite feeling useless at times, I am thankful that I have felt suffering so that I can truly know joy in Christ.

“Therefore, since we have been justified by faith, we have peace with God through our Lord Jesus Christ. Through him we have also obtained access by faith into this grace in which we stand, and we rejoice in hope of the glory of God. Not only that, but we rejoice in our sufferings, knowing that suffering produces endurance, and endurance produces character, and character produces hope, and hope does not put us to shame, because God’s love has been poured into our hearts through the Holy spirits who has been given to us.”